Oldie Of The Day: Spring Again

Howdy everyone! Yes I've not posted anything since March, which is just about the time my life because incredibly busy. I had the wonderful opportunity to be the music director yet again for a high school musical production. The highs, the lows, the tears, the profanity....dontcha love theater? I'll write more about it at a later date I'm sure.

Anyways, today is an absolutely gorgeous day. It seems that the shortlived spring is here in these parts.  Hopefully we won't dive headlong into a Dante-like summer anytime soon. Which reminds me to take my car in for freon.  In honor of the wonderful weather, which I hope you're enjoying too, here's the late Lou Rawls, Spring Again.  Definitely an oldie feel-good song.

Posted by Cheray at 4:47 PM No comments:

Oldie Of The Day: Mazel

While I don't always agree with some of the politics espoused on public radio, the one reason why I will continue to listen, particularly to NPR, is because I always learn something new. It's kinda like what Bill Cosby said in the Fat Albert intro: "This is Bill Cosby Coming at you with music and fun, if you're not careful you may learn something﻿ before it's done". Dang I loved that show.

Anyways, sometime before Christmas, this episode of NPR's Fresh Air program discussed, of all things, Jewish American music after World War II. I thought, "hmmm that's random, let's see what they say". One of the points brought out was how, as is usually the case, there was one man that promoted this music among Jewish Americans, but also attempted to make the music more mainstream. One tactic he used was to have various artists, including African-American R&B groups, record these cultural songs. The oldie today is one example, "Mazel", as recorded by the doo-wop group, The Ravens.

It's been two weeks since the last entry; I think maybe I've been a little busy. Also, I was a bit uninspired, and I feel like if I don't have anything to say, then I should just be quiet. Hence - 15 days w/o a posting.  And now, a few random statements and songs....


Feel free to leave any comments.  Have a great Monday!

Posted by Cheray at 2:29 PM No comments:

Yep Friday blues. Not like I'm sad - although quite perturbed at the sudden artic quality of weather around here. I mean blues, like some southern rock, Memphis blues.


Last week I heard this great song on public radio (I told y'all I was a nerd), I don't remember which show it was. Anyways I heard the coolest song, and immediately SoundHound-ed it, and discovered the North Mississippi AllStars.  They've been around for a while, but I've never heard of them, but they have a pretty impressive story and body of work. I won't go into it here, but check out their website.  These guys make me want to try picking up guitar again.


Here are two songs for today - "The Meeting" (Mavis Staples) comes from their latest album, Keys to the Kingdom.  The song "K.C. Jones" comes from an earlier work, Shake Hands With Shorty.

Blues music always has the best and most unique titles.

Posted by Cheray at 2:48 PM No comments:

Oldie Of The Day: I Wanna Be Where You Are

Today - cold-ish, gray-ish, and boring-ish. For some reason "I Wanna Be Where You Are" has been running through my mind this afternoon.  I think I'm longing for summer road trips.  You should hear me screeching to hit MJ's "OOH!". Hilarity.  Also comedic - overhearing me use the bit of Spanish I remember from high school to sing along with Jose Feliciano's version.


Anyways, both of them make me smile on this cloudy day. Hope you enjoy them too. Do the bump with somebody as you listen :)

Posted by Cheray at 4:58 PM No comments:

Posted by Cheray at 4:59 PM No comments:

I haven't posted many country songs featured on this blog yet, probably because country is the the most recent genre added to my music library.  Honestly, I did not care for country AT. ALL. growing up.  Upon moving to the glorious - where am I, Midwest? Southwest? - I found myself s u r r o u n d e d by country and country lovers.  Like, get-in-your-face-and-beat-you-down-for-not-listening-to-country type of country lovers.  So I thought, hey try just a few songs to get started.  After all, I liked Hee-Haw and Dukes Of Hazzard when I was a kid.

Thankfully, over the past 10 years or so I've grown to appreciate country quite a bit - to the point of one country station actually being on my radio pre-set and owning a couple country cds. Not a lot mind you, but yeah, 1 or 2.  And as an aspiring songwriter, how can I deny the power of a song like "He Stopped Loving Her Today".  Holy smokes.

The Zac Brown Band is one of the latest groups to burst on the scene, and seem to bridge country and mainstream.  Note the serious James Taylor influence in the middle of today's song, "Keep Me In Mind".

Posted by Cheray at 6:00 PM No comments:

Oldie Of The Day: The Impressions

I had to go waaay back for this one, back to the days of doo-wop, men standing on the corner making amazing harmonies together.  Whether you're talking about gospel quartets, barbershop groups, or doo-wop, there is something just appealing about men singing together. Especially a capella.

Which, I'd love it if we'd stop saying "A capoco". That joke is done. Let the dead bury dead. Jeez.

Anyways, enjoy this selection by The Impressions, "Say That You Love Me". I believe this is when Curtis Mayfield was still their lead singer.  And meet me at the ice cream parlor, where we'll put a dime in to listen to the latest hits :) 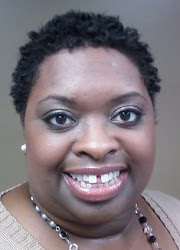